The DMT Material Index ID is an index helpful for identifying the soil composition (sand, silt, clay). Even a non experienced operator, after a few minutes, notes that in sand the two readings po and p1 are distant (e.g. 5 and 20 bar), while in clay they are close (e.g. 5 and 6 bar).

ID is a sort of ratio stiffness to strength, i.e. a mechanically connected index, hence it is indicative of aspects of the soil mechanical behavior rather than of the grain size, though the two things are to some extent connected.

A case in which occasionally clay can be interpreted by ID as granular material is shallow desiccated clay, which gets fractured by the penetration and look or behave as a granular material. This can happen near surface, above water table. 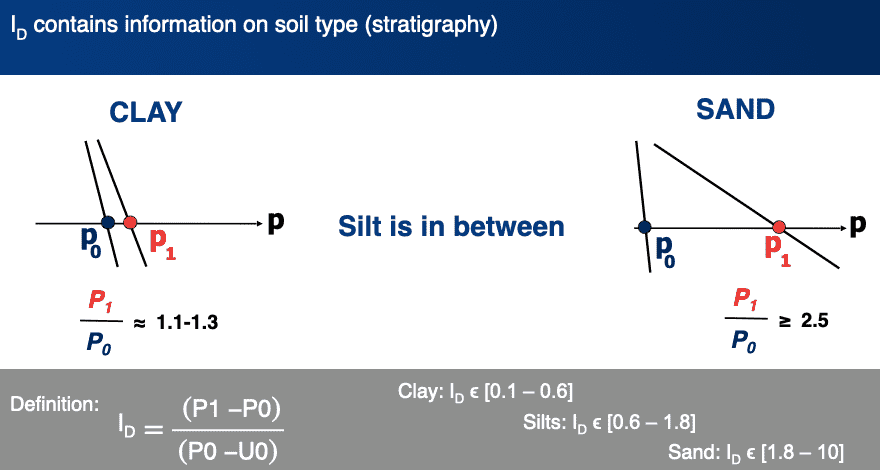 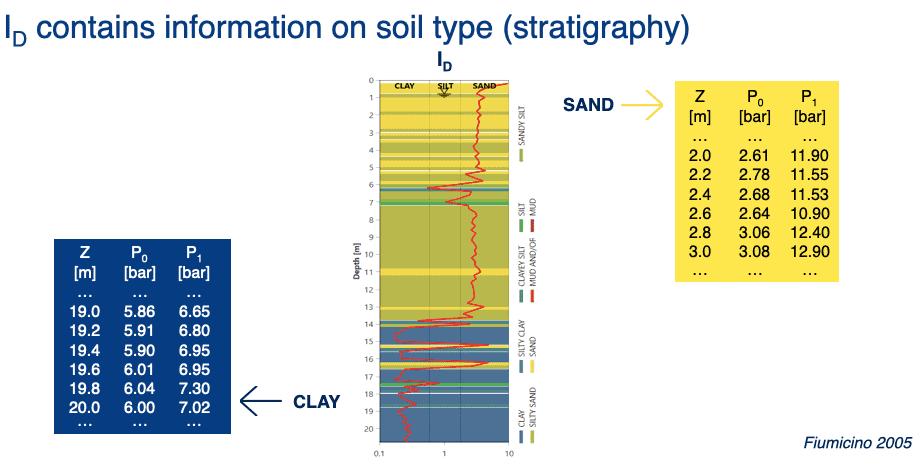 Other sources from Interpretation & Results