(similar to central the central portion of a DMT blade)

3 . Being relatively thin , can be incorporated in the thickness of most pipe piles

4 . The lateral exit of the cable permits avoiding passage of the cables inside pile. The cable can run externally (see photos), inside a protection channel welded to pile wall. Alternatively, the cells can have the cable exiting from their back face.

5 . The cable can be easily connected to and disconnected from the cell . Thus the cell can be welded to pile (without burning the cable). The cable is connected later.

6 . The problem of how to measure Sigmah against a curved surface using a flat cell is solved by obtaining in the pile surface a vertical stripe 60 mm wide (equal to the diameter of the membrane) for say 0.5 m above and 0.5 m below the cell. 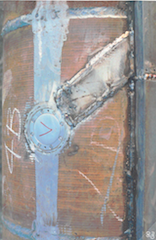 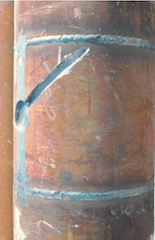 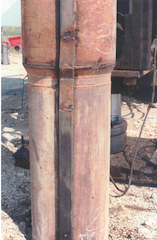 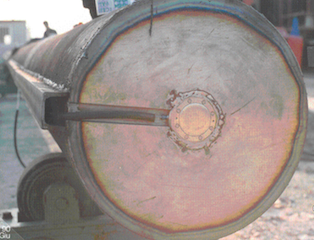 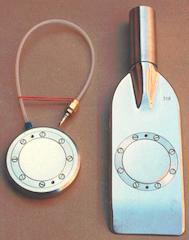 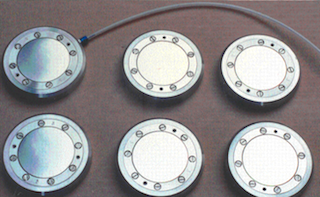 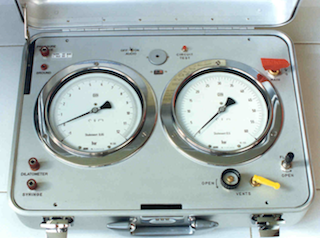 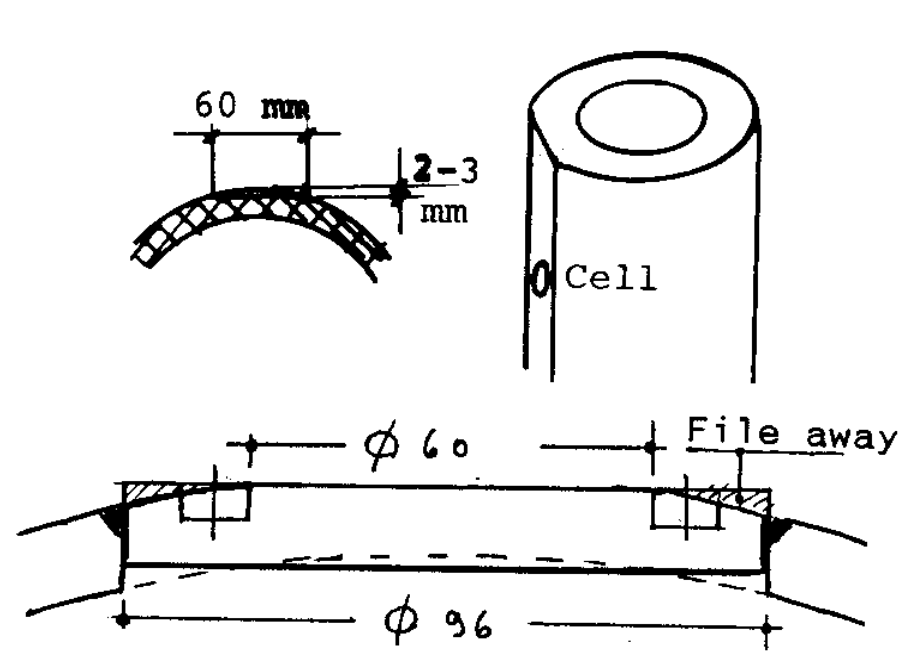 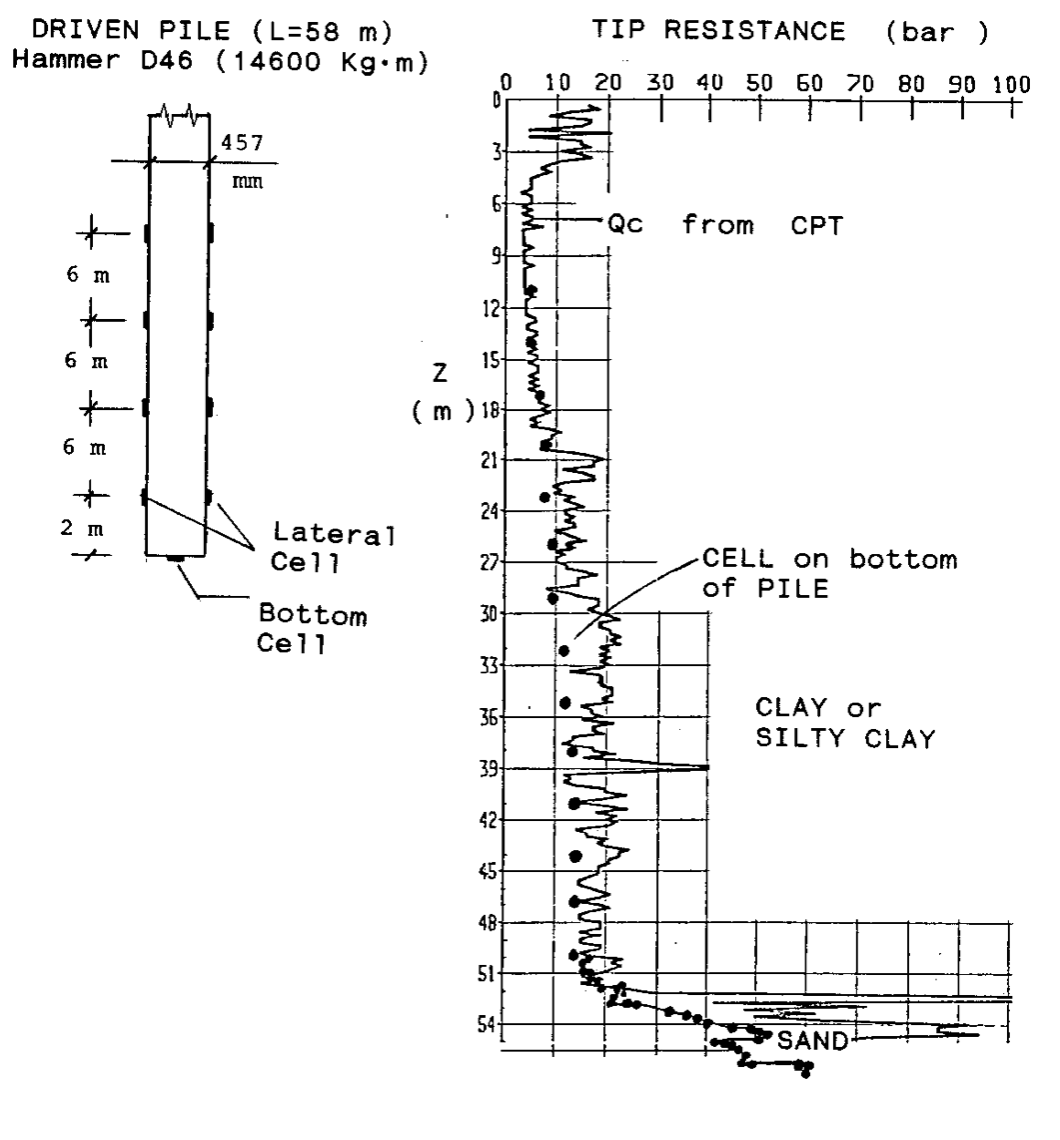 Comments on the figures

The DMT cells were first used to monitor Sigma-h against a pipe pile in the early 1990s.

The pipe pile in the attached pictures is 57 m long, had a reduction of diameter at approximately half height. Only the lower portion was instrumented with the cells. The cells were installed in pairs, considering the possibility of some pile bending during installation, which could cause an increase/ decrease in the horizontal stress at the two opposite sides (it turned out that all pairs of cells measured practically identical pressures) . One cell was installed at the pile bottom – though perhaps 3 cells would have been useful to obtain details of the bottom soil reaction distribution.

The cables exit laterally from the cell, run in a groove in the pile wall, then run at the pile top inside a protection channel welded to pile wall.

The last picture shows that the bottom cell (dots) indicated a soil reaction similar, but slightly lower, than the tip resistance Qc.